Images were made using a Nikon Digital Research Microscope and associated features (including a prior stage that allows for micron-level stage adjustments allowing for extended depth of focus EDF images to be made). Specimens were photographed in four orientations; aperture; umbilical and two  side views in order to capture the morphological variability associated with changing orientation. For a number of species a 'paint chart' of either chromotypes (e.g. G. ruber commonly refferred to as G. ruber pink) or morphotypes have also been made (e.g. G. sacculifer and B. digitata). Where possible sediment trap, culture and plankton pump or tow material has been used in order to use the most pristine specimens, on occasion sedimentary fossil material has been used. The material is from the extensive collection of the VUA and NIOZ, equipment purchased by Frank Peeters, Jan-Berend Stuut and Wim Westeren was used to make these images. Saskia Kars is thanked for her SEM skills. The specimens picture here are  were made using an Netherlands Organisation for Science (NWO) open round grant. 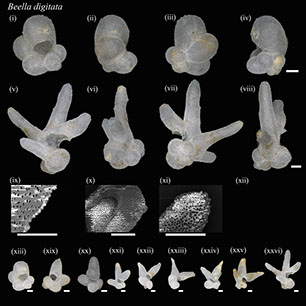 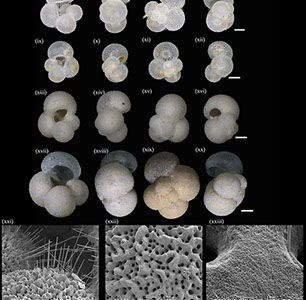 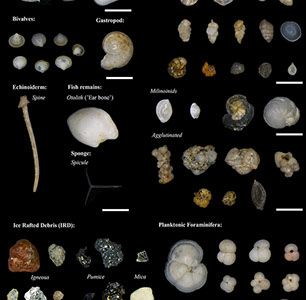 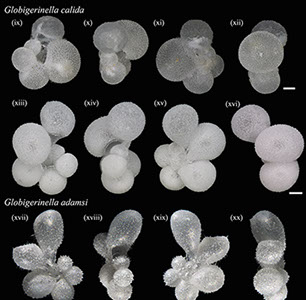 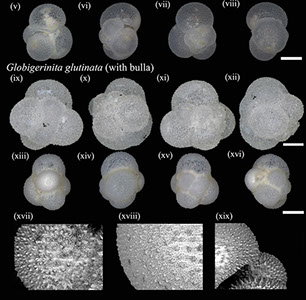 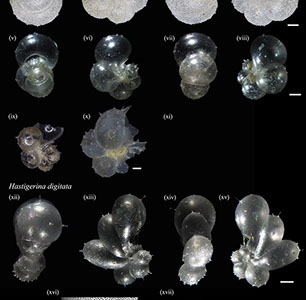 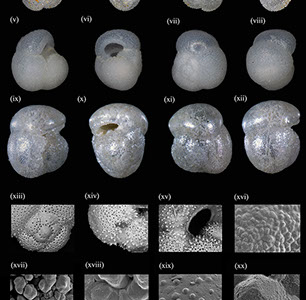 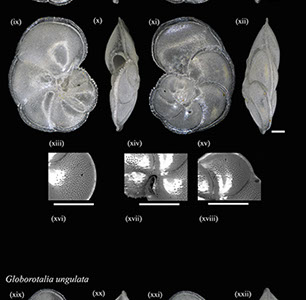 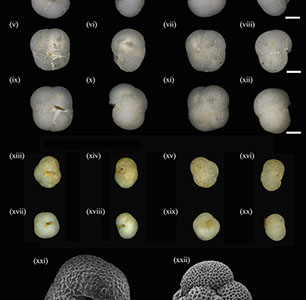 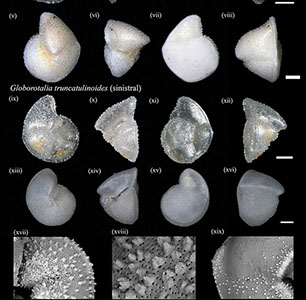 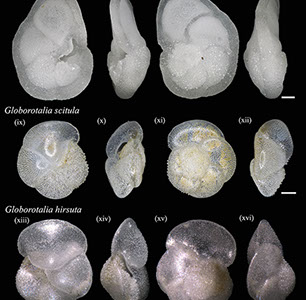 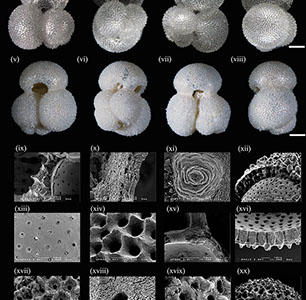 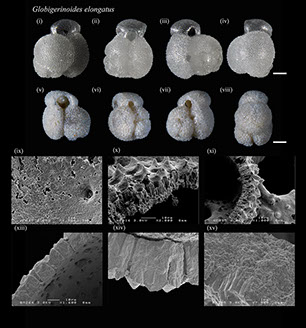 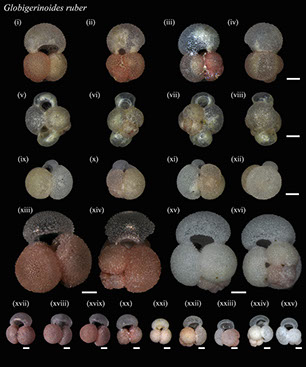 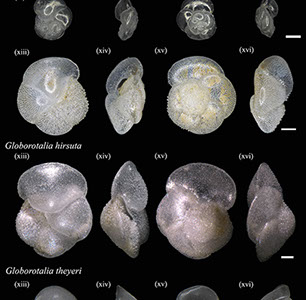