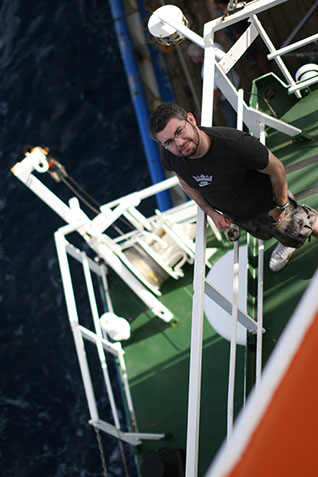 I am currently a Post-doctoral researcher at Wageningen University & Research on Digital Twins.

As well as a Visiting Fellow (unpaid position since 2016) at the Department of Earth Sciences in the Faculty of Sciences of the Vrije Universiteit Amsterdam (The Netherlands). I  am primarily a Micropalaeontologist  working on single celled planktonic organisms called foraminifera in order to better understand climate. My  main tools are stable isotope geochemistry and morphometrics, with much of my recent  research being focussed on measuring the stable isotopes of carbon and oxygen on individual shells of foraminifera. Whilst, much of my work is foraminiferal based I occasionally work as a palaeontologist and palaeoecologist  (see my list of publications).

I completed a 4 year combined undergraduate and postgraduate degree (MGeol Geology) at the University of Plymouth (2009), before moving in the same year to the Netherlands as a Junior Researcher / PhD Student at the Vrije Universiteit Amsterdam (VUA). Completing a PhD (2013) entitled "Planktonic Foraminifera: From production to preservation of the oceanographic signal " under the supervision of Dr Gerald Ganssen and Dr Frank Peeters and promoted by Prof. dr. Hans Renssen.

I have done Post-doctoral research at the Vrije Universiteit Amsterdam (2013-2016) with Dr. Frank Peeters and at the Laboratoire des Sciences du Climat et de l’Environnement (LSCE-IPSL, France; 2017-2019) with Dr. Didier Roche.  Aside from research, I teach at  Amsterdam University College (AUC) for the third year Science Track of the Liberal Arts Degree. 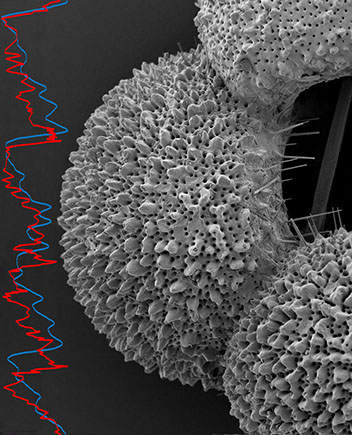 The cover of my thesis, the CO2 curve from an ice core record and the planktonic oxygen isotope stack and a picture of a species of planktonic foraminifera Globigerina bulloides that is routinely used to produce down core oxygen isotope records.

Life in the fire hose - in Dutch (Leven in de brandslang)

The public defence of the PhD.entitled: "Planktonic Foraminifera: From production to preservation of the oceanographic signal "